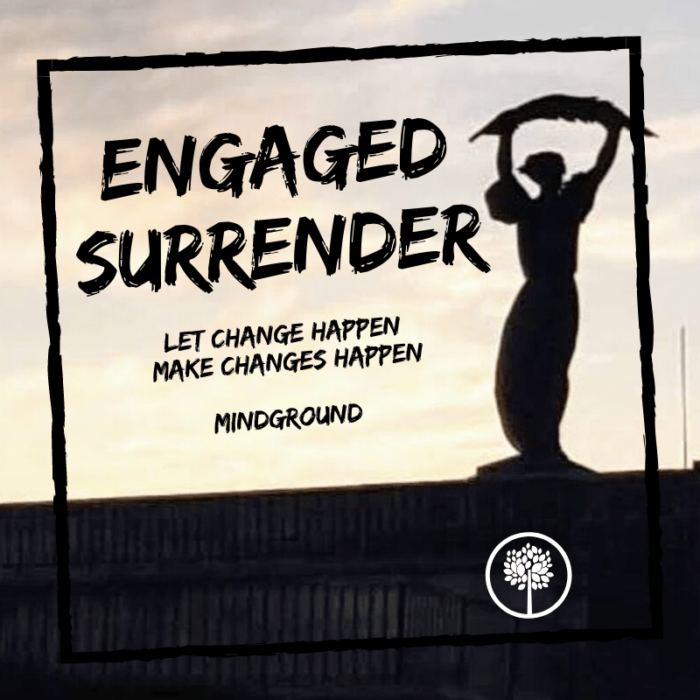 I am on my way home from a gestalt therapeutic conference in Budapest: an experimental exploration of the fertile void and creative indifference – held by EAGT.

Lynne Jacobs gave me the kick I needed in her finishing keynote lecture with the words; “engaged surrender”. Exactly those words touch me on a deep level. Yes, I will surrender to what is and at the same time I will do what I can to make a difference because life matters. My life, your life and the earth we live with.

The world makes me, and I make the world. It is a co creating process. A flow to accept and a flow to change. We are self-regulating and it’s amazing what can happen when sterile soil gets fertilizer or dried fields gets water.

Recently I got the idea that feathers occurring on my way means, that I am on the right track. I imagine that I somehow get support to be me on my way in life. It might be silly, I don’t care. I feel blessed and empowered and in a magic world. And look what I found on the top of Gellért Hill in the Buda part of Budapest. A giant statue of a woman holding a feather – The Liberty Statue. I have visited that mountain hill 5 mornings now looking at the symbol and the sun giving birth to new days.

Go do you though it is not always an easy way. Do what you can on your way to turn towards fertile support

These days I have gone to the mountain and looked for feather and also chestnuts because they make me feel close to people I love and am thankful to. I let life flow through me and around me and I move, breath and stop occasionally.

At the conference I have received so much from nourishing meetings with people and from experimental and intellectual workshops and lectures. I have met with new people and discussed the idea of making a Scandinavian gestalt festival – we all want to include a perspective that goes beyond individuals – as Leary-Joyce t-shirt said: we don’t have a planet B.

I sent thanks to the supporting and strong relations that are growing within the international gestalt community and to Budapest for sharing so much good energy, beauty, big feathers, chestnuts and roads that awakes curiosity and show new magnificent hidden pathways.

Let’s be and move together

The ability to stay in a state of not knowing, and to trust in the flow of life is fundamental to gestalt theory and practice, as is the belief that the creative energy flows from experiencing the emptiness of being, and that new understanding manifests continuously. The fertile void is the undifferentiated field from which everything emerges. Emergent figures take shape and begin to evolve through a dance between the polarities. When balanced, feelings of separation become illusory, and it becomes possible to gain deeper insight into the process of the organism, and for new, previously invisible opportunities to become manifest.

The Gestalt therapist’s attitude of creative indifference supports the emergence of a fertile void in the therapeutic situation, thereby releasing creative energies, so that new meanings and self-supporting consciousness can emerge.

Sooner or later we all arrive at a period in our private life when there are no clear answers and when the only thing, we are aware of is the certainty of our not knowing. This place is the fertile void, which can lead to our greatest personal development. This is a unique opportunity, to reconnect to the deeper meaning of being ourselves without polarising, opposing forces. Here, we may connect with our own core, which can take in all that is, and from which place the creative self without form can emerge.